The World Series of Poker a Sweat Factor... part i 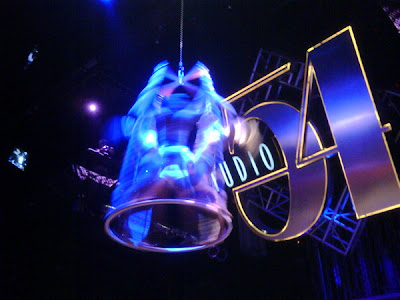 Everybody's got a sweat in the World Series, whether they are the casual fan who picks a player they think has a personality or has a smattering of Cinderella in them (see the Chris Moneymaker effect) all the way to people who make their living as a backer of players. Everybody in between (meaning those who care about poker) has some reason to root for or against players in the World Series and the sweat factor is one of the most enjoybable aspects of a poker game.

You hate Phil Hellmuth? You’ll have plenty of opportunity to root against him and “sweat” his chances this year. Disagree with his online poker strategy or his live play or his demeanor in general? He's easy to hate, and easy to find on ESPN's coverage of the Main Event starting with his annual “entrance” to the main event (pictured is an entrance of his to a party last year--he has no ego). If I ever make enough money in poker or the poker industry I know exactly what I’d do on Day 1 of the Main Event… It’ll involve a limo, about 30 bikini dances, and a giant plaster-of-pairs head with Phil Hellmuth’s face on it and a UB jumpsuit. I’ll also beat him to the Rio by about 30 minutes. However, I love Phil so I get no sweat from rooting against him or (spoiler alert) much enjoyment from his short-lived stay in the Main Event.

Course we’ll get our TV time with him, with his mug-shot nearly as ubiquitous as the too full of himself, always bordering on an angle shot, Mr. Negreanu who gets almost as much airtime as he makes bad calls (even when he knows it's a bad call). Wonder which player I like to root against.

Negreanu always knows what cards you have even when he doesn't. Course if you really break down what Negreanu says, you can basically pare it down to the fact, that holding was in the range he puts his opponent on. Internet kids, for once, put it much less smugly, instead of the grating high pitch Canadian laugh and all-knowing nod.

Okay, I’m not here to bash on Danny Boy, as much as I root against him, I think he's a tremendous player, and also great for the game and all that. I’m just tired of how he gets a free pass but he's as guilty of whining, complaining, and is as self-serving as the tall shill for UB. He acts like he doesn't like Phil H but you can tell they really have more in common than they don’t. Though extra points for Danny not liking Annie Duke and calling her out all the time.

The irony that he points to her being too full of herself, always bordering on a angle shoot, and a whiner, complainer, and self-serving isn’t lost on me. What poker player isn’t most of these things at some time or another. I just like the ones with the deceny to hide it more than they show it.

Everybody points to Chip Reese being the greatest guy in the world, yeah, but he also had an edge on everybody in the world. Why wouldn’t he be nice? He was also good (great) enough to understand not being nice only chases away the action. Is he still a nice guy from that viewpoint?

Was he nice, because he was nice (everything I read says yes) or was he nice because it also helped him get paid (seems like I’ve read some of that from his peers too). So Reese, was nice to his friends and nice to his… victims too. Okay, I’m veering off path here, but I hope the point isn’t lost. The casual ESPN viewer may watch poker to root for or against a player, the players may be who their televised images appear to be or may be nothing of the sort.