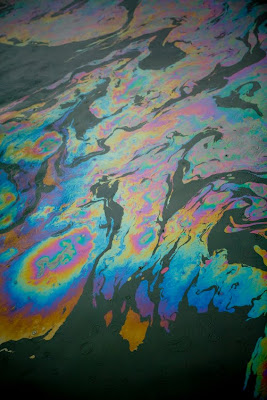 So recently I was able to get in two sessions of poker at Harrahs. It was so nice to not just get my fix from Texas Hold em online and get into a live casino. That’s always fun especially now as my time seems to be pulled in every direction. Vacations, busted pipes, busted attic, busted yard, busted grill (requiring a dental appointment or two), and a baby seem to be enough to keep me away from my second vocation too often.

Recently, I went on a bachelor party for a friend of mine who is a CPA in town. He’s one of the smartest people I know. You need a good CPA that will keep you out of tax trouble and keep your money in line I highly recommend him. Course he mostly works with businesses and only high income personal clients (who aren't friends or else I wouldn't be considered). Email me for contact information if you are interested, especially if you are killing the nosebleed Sit and go poker tournaments, you'll both be happy.

Anyway, I was joined by a couple of non-poker playing friends I rarely get to see these days and another guy, who I really enjoy hanging out with albeit infrequently. Also, in the group was a local attorney and a local dentist (who flat out told me my dentist charges too much… hmmm) who both livened up the atmosphere quite a bit. We met at ACME Oyster House, and despite my desire to support the local Seafood economy, I was a little skittish of enjoying the Oysters. They all got them and loved them.

I ordered a shot for everybody and when I cleared the tab I had that moment I’ve had a million times as a life Nit when I buy drinks, I could have bought two good bottles of tequila for that price. The attorney told me how he is now representing some of the Oyster fisherman, having an Uncle who is one, against BP. He said the thing most fishermen without representative s are missing out in is information attorneys have at their disposal. Like the classic Cat and Mouse dance with an insurance company, turns out BP has set up a system with three separate middlemen.

Each group or middleman doles out a separate piece of information and none knows what the other is doing. So these poor fisherman and people afflicted by the oil spill are left to their own devices to try and decipher what they are eligible for and what they aren’t. Thus, when a new piece of information is released not everyone gets their hands on it. Attorneys that are involved in this and are capable are aware of what’s going on everywhere and insure their clients don’t miss out. What a great system (heavy sarcasm)

My apologies to attorneys, I almost was one, but the way they figure out ways to screw over people (legally) is a amazing. Basically, the way these things are organized, if you act on your own you’ll get shuffled from one stop to another and run into one piece of misinformation after another—thus you’ll lose out on something by not knowing all the facts, and run up a great deal of opportunity cost as your time is misappropriated. Or you hire an attorney who gets you everything you need (if he’s good, if he’s not you still get stiffed some where or another) but then instead of losing out to BP you see part of your money going to the attorney representing you. Who creates this quagmires? The attorneys that work for BP.
attornys cpa oil spill online poker