What a tumultous week...

A lot of you know about my mother being hospitalized and getting multiple blood transfusions as she had life threatening low levels of hemoglobin. After every possible test they still can't find the source of the problem. Usually it is either internal bleeding or a blood disorder or something a little more omnious. They can't find the internal bleeding. For now, they are going to wait to see if her hemoglobin, which has increased, did so as a result of the iron shots she received or only because of the new blood from the transfusions. Still, the fact that she is healthy for now is tempered by not knowing what's causing it. The good news is now she can walk up a flight of steps without being wiped out for the day.

On the other side of the coin, I'm a proud uncle again as my brother had his second child last week. Congrats to him and his wife Miki. We are all very excited to have a new addition to the family. She was 9 pounds and 20 some odd inches.

While all that was going on, my sister's contractor walked out on her (2nd time a guy has done that). This time she needed receipts to get to her insurance company by it's deadline for reimbursement. After sayin 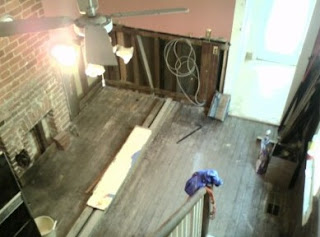 g he'd faxed them/bring them etc. the dude just disappears at the absolute date. So obviously the 2K shortfall she faces for "materials" probably never were expenses an

yway. The dude being exposed as a fraud is to embarrassed to answer his phone. Typical. So, because there are deadlines work has to be done to still get paid for Katrina my dad has driven down and m

e and him are trying our best to help out with the house without harming it too much.

The hits kept coming as my sister had to take her best friend to the hospital. It turned out to be a bad case of vertigo, but it's never good when people are passing out and are out of it, especially if their husband is away and they are alone with their young child.

Meanwhile... I had to log 50 hours of live play in Biloxi last week to be eligible for the 25k freeroll the Imperial Palace was hosting Sunday. AND at the same time play some tourneys at the Beau to make some money. To say time was at premium is an understatement especially considering it's about 1 hour and 45 minutes trip, so 3:30 round trip to and from New Orleans. Of course right in the middle of this firestorm of crap the fantasy draft I was the commissioner of fell apart. Not sure if it was a mistake on my part or not, but it was set to draft for two players who weren't in the league. I probably wasn't very nice to all the people bitching and whining about the draft but I was running on little sleep and high stress. Really, at that point the last thing I cared about was the fact the IT guys at CBSsportsline had to clean up my mess and the players in my league were inconvienced one night.

So anyway, enough whining from me. On to the poker...

Good couple of weeks. I chopped a tourney at the IP. I split a $125 sit 'n go for a $500 chip. I lost a heads up battle when I was an 8 to 1 favorite in chips for another $500 plus cash (course it was always the river that gave the guy the two outer as I kept getting my money in good and losing). I finished 7th in the IP tourney that the whole GCP den played in. 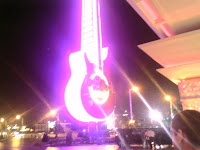 I also had solid wins in cash sessions. On many of them I went down a couple of buy-ins and had to grind it back to the plus side. All the while I was putting in my 50 hours.

They had a sign in sheet and a sign out sheet and I felt like I was back in the real world on the clock. I did most of it in three days (of course that was right when all the shiznit with my mom and fantasy draft and my sister's contractor was going down) and played for hours and hours. I saw everything. Lost to straight flushes and quad 8s, an idiot drunk guy goes runner-runner against my set of queens for a flush when he called with Ace high for about 800, and I FINALLY sucked out when my pocket kings got another one on the turn to beat my opponents set of 7s.

But... let's get to the capper. Sunday 45 people qualifed for the freeroll by playing the requisite 50 hours at the IP last week. I of course get short stacked quickly with second best hands and lose 2/3rds of my starting chips (3k). Now, I'm just playing like a Martian and have only one move in my arsenal all in. I keep winning the pot or two around to stay in the tournament.

Turns out they pay 15, so 1 in the 3 will win at least 500, but these things usually chop and the sentiment at the tables was they were going to do that. Which actually means quite a bit more cash. I had to stay alive. Continued to be card dead but buying the right pots when there was weakness. After the second break I still had not gotten over the 3k I started with. A couple of times I thought about pushing but didn't. I would have lost each time.

Finally, my patience was rewarded as I got my run of cards and after getting down to but 500 in chips, I went on a run. 5 minutes later we are at the bubble and I'm second in chips. Knowing everybody wants to chop I throw away pocket jacks (to an unopened pot) and just sit on my stack. My strategy was twofold. I was in no danger of going out and wasn't going to put myself in danger by calling down players preflop. I was guaranteed money but also, just in case somebody (like me) didn't want to chop I wanted to enter the money play with a healthy enough stack to outplay everybody.

After some mindnumbingly dumb bubble play by the inexperienced but old players we were down to the 15. Two tiny stacks were at the other table with 300 and 500 chips each (antes were 100 and they were both about to go through the 500 and 1000 blinds). Nobody wanted to f them over and chop after they were gone so they got incredibly lucky. All 14 other players wanted to chop. Rather than make 14 enemies I kept my mouth shut. I figure I'll play another 30 or 40 tournaments with those guys and they'd owe me one. So I finished the week on a high note.

Tomorrow, I head to Tunica for a meeting about the site. Digging out my suit right now. Also, putting some insulation up in my sister's house today. So no res for he weary.
Katrina My Exploits Weekly Column

Goondingy said…
Wow!!!! What a tough time you had brah! Great job on the tourney and thanks for the positive comment you left. Hope to see you guys soon, and I can not wait to tell y'all about my nice run at Harrah's thus far. Be cool!
9/12/2007 4:51 AM