July 07, 2014
First off big thanks to all the investors who made this possibly.  I'm really focused and honed in on playing as optimally as I can and will take extra care in every decision I make today.  That said, I'm not going to be tentative if I think the correct play is to be bold I will be. 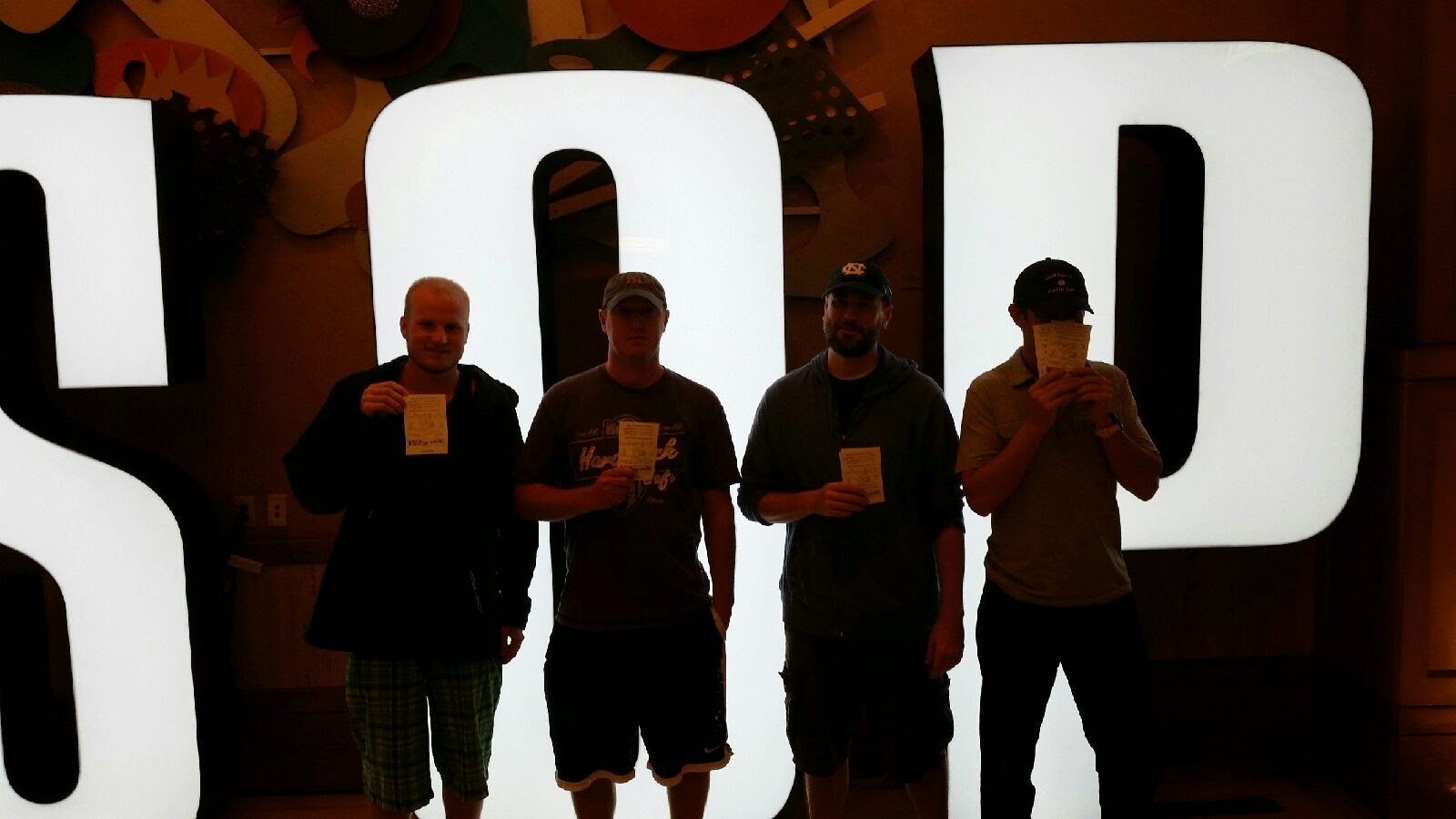 Also, a giant thank you to Monkey.  I sent Monkey a text earlier in the week expressing my gratitude and he replied he didn't really do anything.  I told him he was being humble, and I respect that, but without him Josh, BJ, Kai and myself aren't an hour away from the Main Event today.  Then as the week drew to a close I know that he scrambled to make everything happen and took himself away from his family to insure we all got bought in and everything was taken care.  So thank you also to Squirrel for letting us borrow Monkey to make this happen.

Regardless, with all that effort he can no longer credibly feign a diminished role in this.  He made this happen, even when bank holidays and uncooperative bank managers tied his hands. He made the trip for a clandestine 40k hand-offs in the middle of the night and persevered despite hiccups throughout the process. Speaking for the players we are all very appreciative and think this is a really cool idea that he made into a reality.

Really if I think about it, and having experience organizing satellites just to get one or two players in the Main Event, he made this happen, in almost no time.  He raised the money, steered the selection of the players, got us bought in a day in advance, and has created a sweat for a ton of supportive people.  This was done almost seamlessly despite all the obstacles, all in a fashion that almost made my head spin.  A couple of weeks ago, I was thinking about who I'd be supporting from afar this year, and trying to decided if I'd be buying little pieces of people and of who.  Then a week or so ago this started to really get put together, and I must admit I had my reservations and even had my doubts about the feasibility of pulling it off.  Then I got into it, and decided I really wanted it.  Thanks to the help of a lot of voters, now, I'm here with a fighting shot in a tournament structure and field that I think plays to my strengths.  So huge thanks Monkey!

Back to the investors, many I know, many I don't (and I am one too), a huge thank you from all of us.  We appreciate your belief and your confidence in us, and we want to make ya'll money this week.  I think the other three players are really quality choices and we'll all have a great shot to weather the perils of tournament poker in this format.  I hope maybe we can get at least a deep run or two out of the four us.  I like our chances.  I'm stoked about today.

Also, a big thank you to my normal group of investors, many who asked about me playing the Main this year earlier in the summer.  For your continued support, I decided that I'll be giving you a freeroll.  Once the payouts and field is all settled I'll pick a pay jump into it where I'll set aside a part of my share.  Then based on how much you've invested in the past and how often you've invested you'll be assigned a percentage of that.  May not be much, but let's hope it's a lot.  However, I don't want to start divvying up something I haven't won yet.  Let's make it to the money and then I'll figure it out.

And last but most importantly to me, thanks to my wife and my/her family who helped make this a reality too.  Jess, I'm sorry to be gone during a week of the summer we had made a lot of plans but this is an opportunity too good to pass up as you know.  Thank you for being supportive and for your pictures that will be forthcoming of our little ones that always reinforce my strength and focus in tournaments.  Thanks to your family for helping out with the kids this week.  Very much appreciated.  Also, Mom/Dad as always thanks for your support.

Anyway, I'm going to take some time get into the zone.  Then I'm going to go down and fight as hard as I can in a little bit.  Thanks for the opportunity.  I'm going to make the best of it.

willard@versales.com said…
bill, you don't know me-i was an investor with monkey-i just want to thank you for allowing me and the rest of our investors the oppurtunity to "play along" with you at the tournamnet. it was great getting all the updates and it felt like we were there with you. sorry you didn't go further but appreciate what you did for all of us. keep us in mind for next year if you need some sponsors!!!
7/10/2014 3:57 PM

Anonymous said…
Thank You Bill for giving those of us who couldn't make to Vegas to participate the opportunity to sort of get a WSOP fix....we know you did your best and appreciate the effort....sometimes it just not in the cards as they say. Next time....thanks again...herb montalbano
7/10/2014 6:04 PM

C.S. said…
Thanks guys,
Really appreciate the support. You guys made it all possible! Wish we had gotten at least one day further. Also, sorry, I didn't respond to these comments in a more timely fashion. Usually get a ton of spam, so I'm a little slow in approving the comments and getting up the genuine ones. Would love to do this again next year if Monkey offers the opportunity, felt even more special having such a supportive group behind me. Been busy with a couple of writing projects and have neglected the blog of late, but will have more up on the WSOP soon, I promise. Wild Bill
8/24/2014 1:17 PM