What You Are Selling Isn't What They Are Seeing... 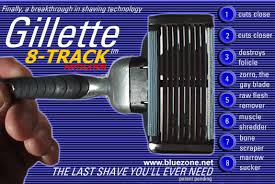 I don't typically post strategy as I feel there are better places for it, but sometimes when I re-learn a concept maybe it's best to post it as instruction even if the audience or student is just me.

I've played a couple of hands recently that reinforced a core concept that I think is vital to beating lower buy-in tournaments and cash games with bad players.  Why I let it be a leak to me of late I'm not sure.

One thing, I think I've repeated on this blog over the years, is the enjoyment I get from watching good players bitch about bad players.  To me, if it's always your fault and never the other guys fault when they misstep.  You should know they are capable of anything and everything.

Granted there are times when an individual has a self conflagration that is so bizarre you are entitled to bitch about it.  Most of the times, though when you walk away from the table because of their misguided attempt to self-destruct you should probably find some solace in their folly.  Obviously, time and place shape your reactions (in the money on or on the bubble can be especially painful) but most of the time once you have played a great deal underestimating your opponents ability or conversely their inability is most times your own fault.

To that end, we should be aware when are telling a story in a hand if they are capable of reading it.  Here's a hand that describes that concept.

I open Kc9c.  I get called by a lady who is a bit of station preflop but to her credit she can be really aggressive post-flop.  Flop comes 10c8c5x (might have been 7x but not TOO relevant).  Maybe I should have cbet my draw but I decide to check.  She bets and I call  (I considered raising).

Turn is an Ace.  She lets me see the river for free (and I decide to not bluff the big card) and it's a Queen.  My clubs didn't hit but I think the turn and river improved my position.

I decide to steal the pot and fire a value bet bluff but given stack sizes is not going to be an easy call.

She says she thinks I had a club draw.  I like that as though I missed my clubs, but I would have hit a hand with almost every club draw (except for the one I have).  The story I thought my bet was telling was that I missed clubs... but I got there.  That was my intention and she seemed to have got it.

Then she calls and sees my hand and giggles and says, "I knew you missed your club draw."

Now, maybe she had a read or she said one thing but didn't mean it.  I sometimes give a different rationale for calling then the real reason I called.  I did this once in front of Kathy Liebert and she mocked my "stated" rationale, I told her on the side, that just because I said one rationale didn't mean it was THE rationale I used.  She disparaged that line of thought a little too or maybe she thought I was trying to save face.

If Kathy really didn't see the value of that strategy, that surprises me as it seems a natural tactic of misinformation on a table full of strangers.  If you sit with me and I give an idiotic explanation for calling with Ace high... there was probably more to it, especially if none of the faces are familiar.  Against strangers I'm quite happy to give misinformation in an effort to collect information.  I think all players should employ this but I cant tell you how many times people genuinely discuss strategy with one another within minutes of sitting down with one another.

Against this player, perhaps she was doing the same, so maybe I shouldn't use this hand as a teaching lesson to me, but to be fair her giddy reaction afterward seemed too genuine when she showed pocket sixes.

So, point being just because you can read the board and tell a story, doesn't mean your opponent can.  I should have understood she can be a little bit of a call station and that she might not be able to read board texture that suggested she shouldn't call.

If anybody doesn't get what I'm saying... Let's look at all the club draws, I could have: Suited Aces.  Yep.  They beat her.  Some suited Kings.  KJ makes a straight.  KQ made a pair.  Suited Qs made pairs.  J9?  That made a straight. Jack 10 made a pair.   Depending on whether or not that last card on the flop was a 5 or 7 means some other suited cards could have made straights too.  Granted she has blockers with 66, but if she indeed put me on a club draw pretty much K9 is the only hand she can beat.   I'm not opening K6, K5, K4, or J8 or lower.  So the odds are such that may be precisely one missed club draw she beat--the hand I held.

Now, I still think betting there is right for other reasons, but there is something to be learned.  What you see is not what everybody else sees.  Empathy is vital in playing against opponents of all skill levels not just from an emotional perspective but also from understanding their concept of logic.  Some players have a tendency to only ask themselves "what would I have in their spot."  She'd bluff a missed draw.  She'd also open a much wider range of hands.

So while, my perception of hands I could have is rather limited on the flush draw, she might have a range of any two clubs and therefore if she was playing against herself calling beats a lot more hands then calling me.  It's hard to figure out people's defaults.  Does she default to her own ranges of hands or is she tracking my ranges of hands based on what I've shown down.  It's also possible she didn't even consider the fact all the club draws got there.  Maybe she made an early read and didn't dig too deep into the hand as the board shifted.

------------
One other non poker item.  That has a bit of a parallel...  Was in Target the other day, and saw a decent prize on razor blades (yeah, they must be made out of gold these days) at a corner display.  So I pulled the trigger on a four pack for my Gillete Octo blade or whatever it is I own that shaves my face far better than I need it to.  Then I saw them on their own aisle and went to see if maybe I'd get a better deal on an 8 pack or more.  I didn't bit but I did notice they had the same pack of blades I was buying with a higher price tag.  Hmmm.

I take out my phone and take a picture of the price where I picked up the blades originally.  I get to the register and surprise, surprise, the price I though I was buying at wasn't what matched the receipt.  The funny thing is, it was higher than the other price too.  I showed her the pic and she paid out the difference.  In life as in poker, what you think you are selling (or buying) isn't necessarily what's actually being transacted.