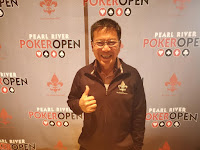 A solid month of poker with Gulf Coast Poker tournaments continues at Poker Gras right now.  As always this is only thanks to the hard work, belief in poker, and contributions of others.  So let's say the much needed Thank Yous! First off...  Thank you to the players reading this and traveling to our events and making suggestions to improve our product or tweak an event--we thank each and every one of you.  Not to mention all of you liking, sharing, tweeting and retweeting.   We are lucky to have so many great and supportive believers across our footprint. Most important part of getting people to tournament is word of mouth.  And we appreciate all the nice things you've said about us and our partners.  Not to mention, first time, we've ever been at an event and the players in it were rooting for the guarantee to be met... not missed. Very touching.  There are way too many of you to name, but you know who you are. Even better so many of you kick butt in poker too.  Three
Post a Comment
Read more 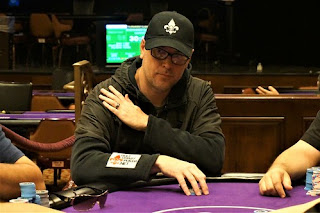 Before I get into a recap of my recent run of cards, I want to offer my condolences to my friend CC who lost his mother recently after a short time in hospice.  It's been a rough year for him and I know he's been battling in life and in poker with a lot to bare on his shoulders.  I'd be remiss to say my thoughts haven't been with him and still are. -------- WSOPC NOLA RECAP: "I didn't know you went by Billy, saw you in the updates." "Thanks, I didn't know I went by Billy either." In the lead up to the NOLA circuit event I was able to take advantage of the Thursday satellites which Harrahs was adding seats to and running rake free.  For example, a $170 buy-in to a 10 person sit n go provided a $1700 Main Event seat.  Harrahs then threw in a $400 seat to second place.  Just about every one that ran also had a $40 last longer for third place ($400 cash or another seat).  I ran very good in these and got heads up 4 times and made som
Post a Comment
Read more 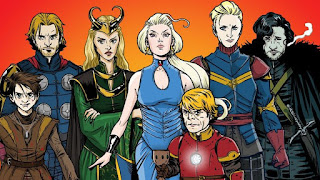 Wow.  When's the last time you walked out of a movie and thought simply...  Wow. Did you also feel completely satisfied? You laughed, you might have stifled a cry or two, and also felt blown away.  Avengers End Game did that for me.  2019 was always going to be a big year as Endgame and Game of Thrones were going to wrap up two, first of their kind, long form visual sagas, and Avengers ended first and wow. So... if you watch Game of Thrones (but not the Marvel movies) and have for the duration you'll feel the last two episodes packed in a ton of beats for the true fans. Beats (moments of impact) where your commitment to that epic show got a pay off.  Not much happened but at the same time a ton of interactions that needed to happen in gathering the All-Stars team to Winterfell played out.  BUT... if you are somehow new to show... it did little for you.  Long term fans can criticize the writing as some have, fine, but before we go down the roller coaster we have to go up i
Post a Comment
Read more 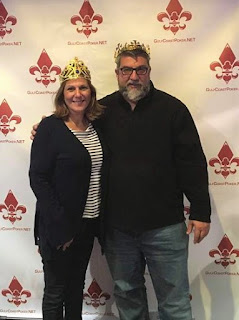 Just wanted to say Thank You! to everybody that attended our first ever poker tournament:  Poker Gras .  Think it was a big success.  Definitely looking to continue the positives everybody raved about as well as expand the options a little bit in the future. Big thank you to Chase Haydel and Harrahs New Orleans for giving us this opportunity and I think they'll agree everybody won after our first time out.  More to come. By the way, check out this article on Chase by Ben Saxton Also, feel it's important to highlight the tireless efforts by Chase, Robbie Gertsner, Joella McIntosh, Mel Emnon and Timmy Louie.  As TDs they busted their butts to put together an in house tournament and had everything moving fairly seamlessly.  Not to mention just about every one of them asked me to put the spotlight on the hard work of somebody else.  Humble, smart, hard-working, what more could you ask for? Our first ever winner of Poker Gras, Mihail Karasoulis, is a guy I've battled wi
Post a Comment
Read more

August 24, 2018
Once again guest writer Ben Saxton... Planning for the Future at Harrah’s New Orleans Poker Room For almost twenty years, Harrah’s New Orleans has offered one of the biggest and most entertaining poker rooms on the Gulf Coast. I recently chatted with manager Chase Haydel about an addition to the weekly tournament schedule, the return of popular promotions, and his plans for the future. Before he joined the room in July 2017, Chase didn’t have much experience with poker. The New Orleans native comes from a long line of restaurateurs—including Chase’s grandma, Leah, who runs the famous Dooky Chase’s Restaurant. Chase was a dealer at Boomtown Casino in 1994 before moving with his wife to Atlanta. When he returned in 2013, he joined Harrah’s New Orleans as a table games supervisor. Now, as poker room manager, he’s focused on outpacing the competition. “The poker world is becoming saturated,” Chase told me. “There’s a lot more rooms than there used to be, a lot more tours. A
Post a Comment
Read more
More posts